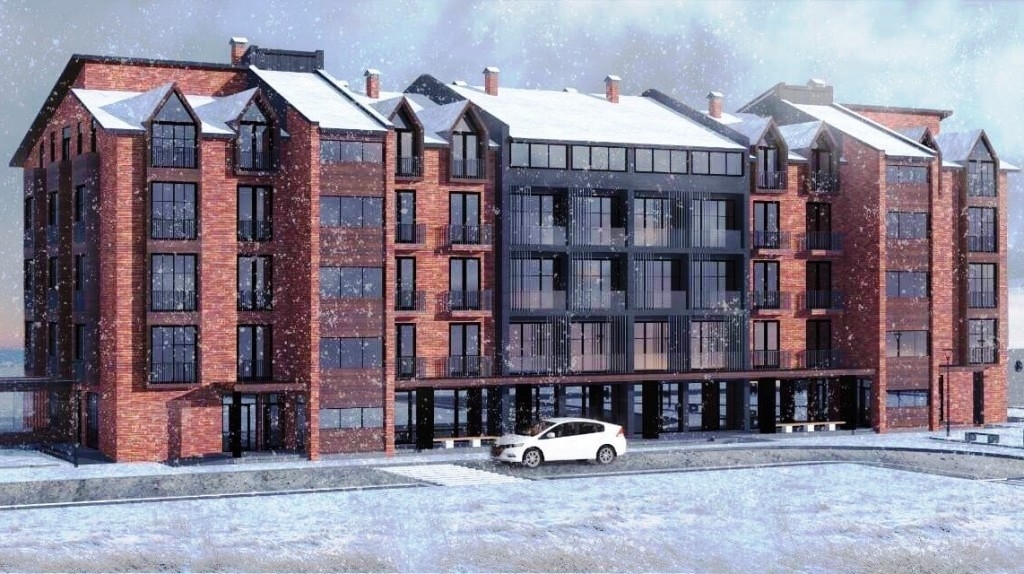 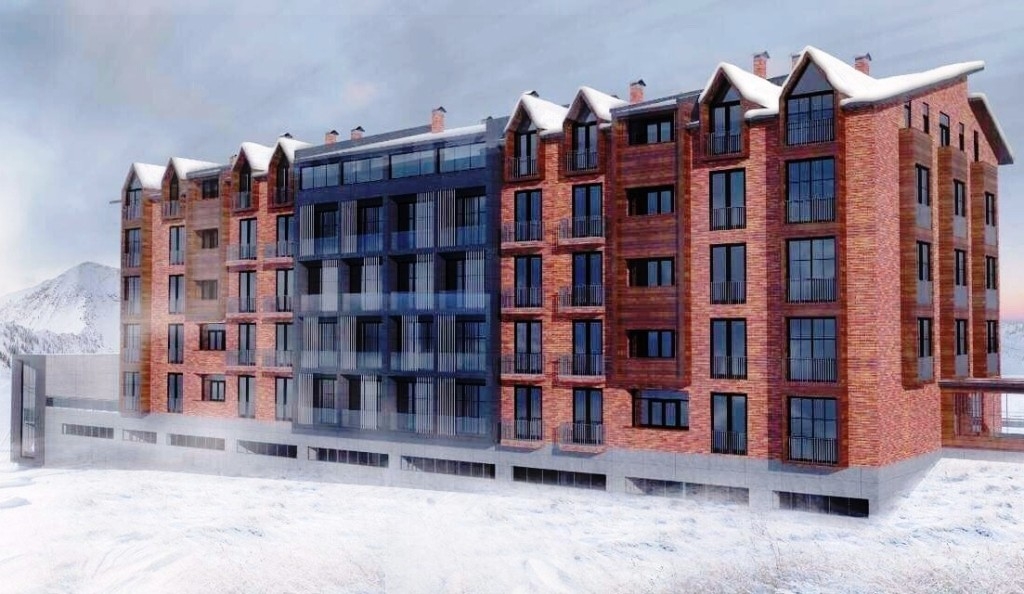 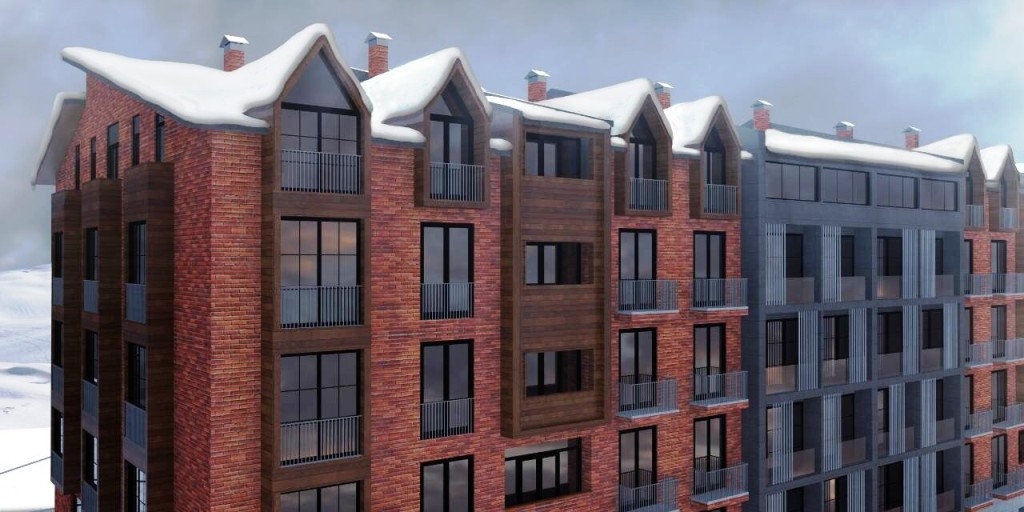 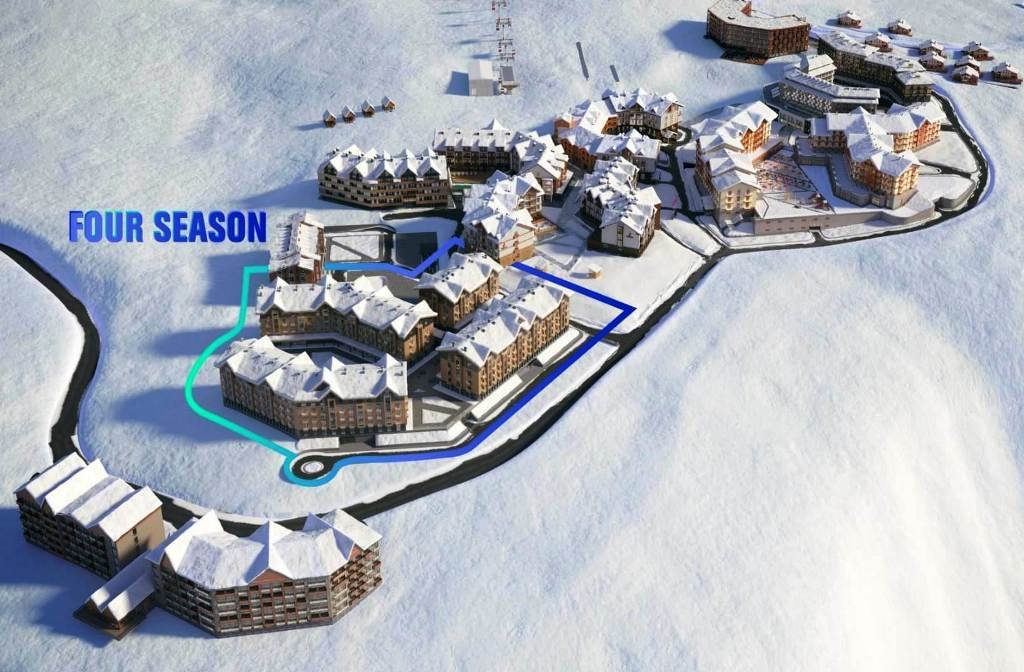 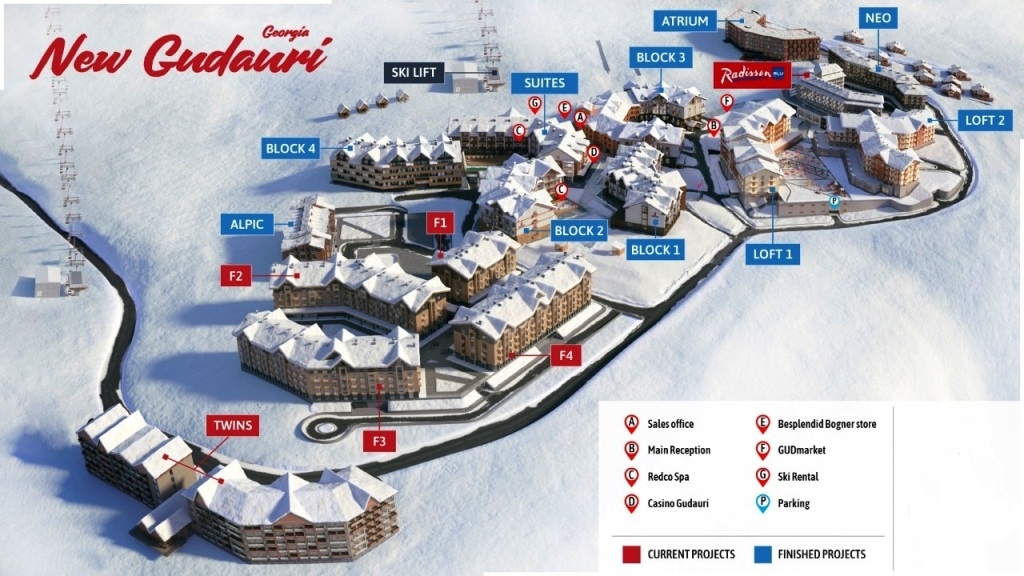 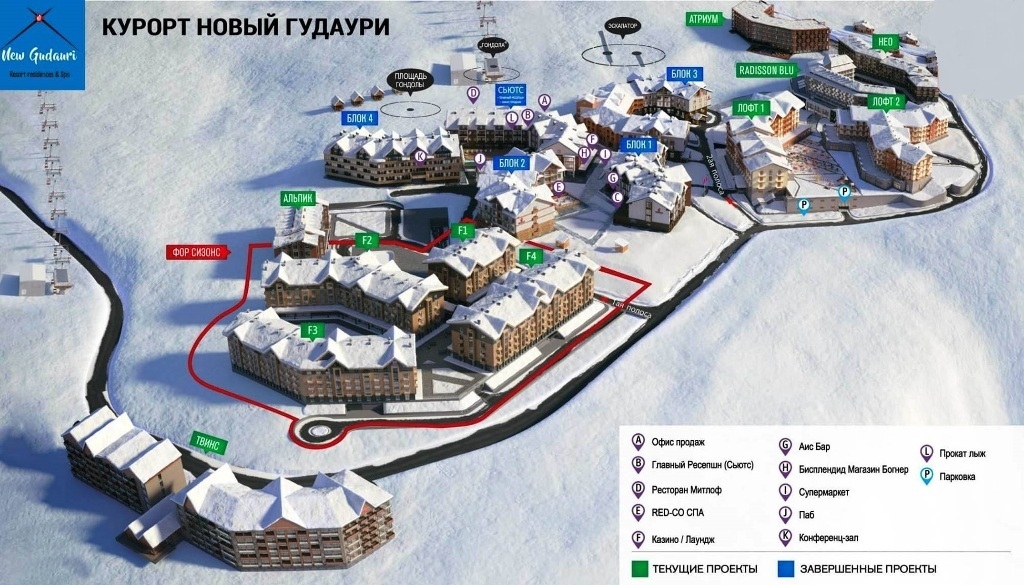 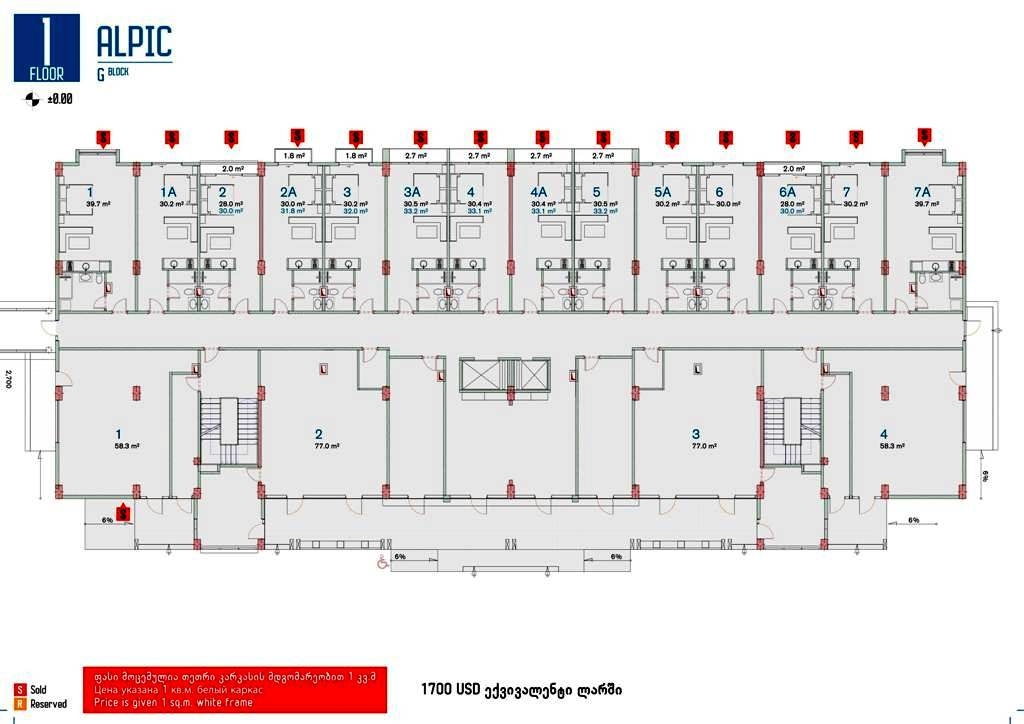 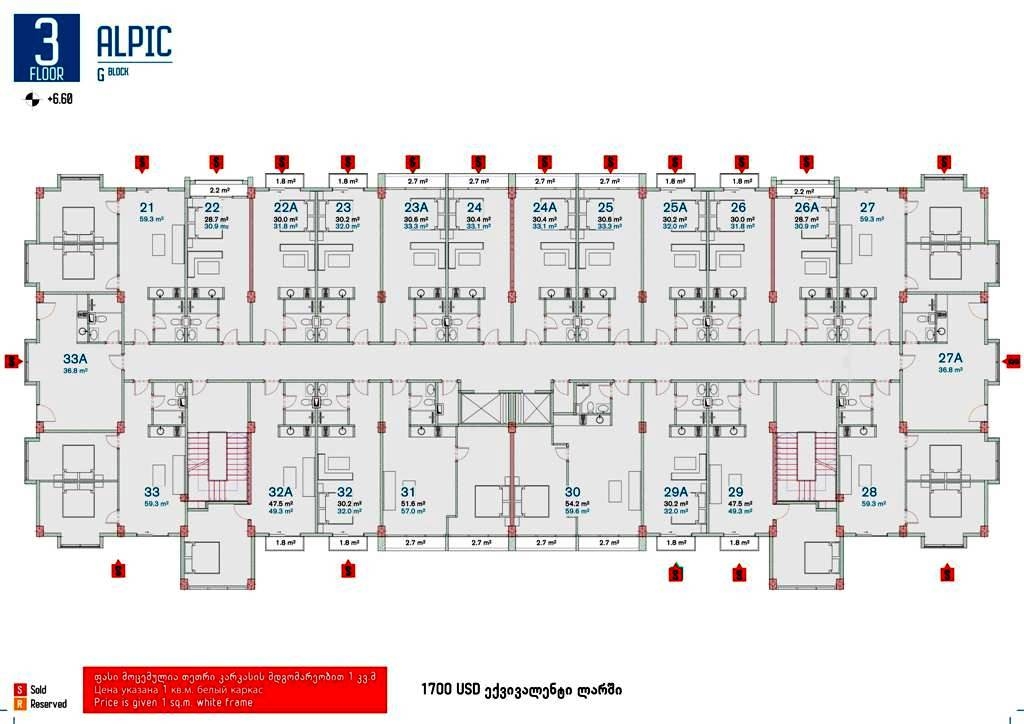 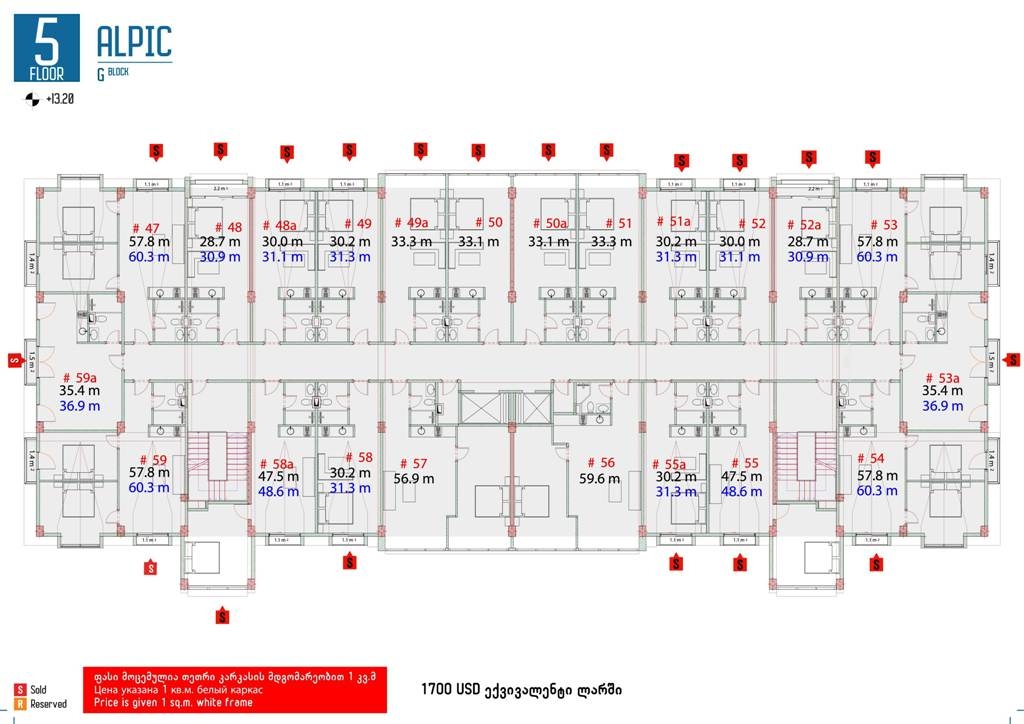 Gudauri is located just in 120 km from Tbilisi, at an altitude of 2190 m above sea level. In winter, it is a ski resort with snow-covered sunny slopes ideal for free riding and snowboarding. In spring-snow-covered green mountains, in summer-Alpine, cool air, and in autumn-a mixture of green, yellow and white colors.
Every year, the popularity of Gudauri is growing among both local and foreign tourists. Bloomberg has identified Gudauri among the 5 most popular ski resorts in the world.
One of the main advantages of the resort's freeride, speedriding, Snowkiting, heliskiing, implement skitouring, as well as paragliding.

New Gudauri is new district in Gudari, the development of which began in 2012. This is one of the most popular areas in the resort with developed infrastructure, which includes:
- new ski lift of the gondola type,
- 8 functioning and 7 current apart-hotels of Redco company, Radisson Blu Gudauri hotel”,
- several restaurants and cafes
- supermarkets
- ski and snowboard rental locations
- ski schools,
- SPA and fitness center,
- outdoor and indoor pools
- pub and billiard room,
- casino,
- lifts and other infrastructure for children in the open air.

Redco company-owns 50 Hectares of land in New Gudauri, the master plan for the development of which was developed by the world-famous canadian company Ecosign. According to this plan, 26 different types of residential complexes, hotels, recreational and entertainment facilities, as well as 20 private chalets and cottages will be built in New Gudauri by 2026. In 2020, the first 5-star hotel Radisson Blu Mountain Resort Gudauri will be built in New Gudauri. The total investment amount of Redco will be 150 million US dollars.

Apart-hotel ALPIC is located 150 meters from the gondola lift and includes 102 apartments from 30sq.m. Infrastructure of apart-hotel includes cozy lobby, concierge services, a restaurant and commercial premises, 24-hour security, a ski-depot and underground parking. The project will be completed in December 2019.

The condition of the apartments – white frame.

Installments until the end of 2020 year (6 months)

The house is built.

Real estate Agency Batumi Residence was founded in 2017 by a team of professional realtors who have been working in the real estate market of Batumi for more than 10 years.